The Story of Larry Zitek

In early July 2014, Larry began having episodes of light-headedness. By late July, he was experiencing 15-20 of these two minute episodes per day.  An MRI and subsequent biopsy showed these episodes were actually small seizures caused by a Grade IV Glioblastoma Multiforme brain tumor, a highly aggressive cancer for which there is no cure.  Two weeks prior, Larry was the picture of good health, walking 18 holes of golf and biking 20 miles regularly, and now he was facing the diagnosis of a terminal illness.  Larry’s family and friends offered immediate assistance in every way possible. The assistance the Zitek family received is a blessing they recognize and greatly appreciate. The weeks following Larry’s diagnosis would not have been possible without the help and prayers of so many people.

Because of the financial resources with which God had blessed them, and because of the generosity of others, Larry had received a high level of medical care and assistance during his illness. In addition, and just as important, are the spiritual gifts Larry and Brenda received from God through friends, family, and the Church. The outpouring of love and support reaffirmed and enhanced their faith in God, and gave them the strength and grace they needed during this period of trial and suffering. Therefore, when Larry and Brenda thought about the benefits of the We Care Foundation that they are establishing—which will assist people facing the expenses of life-threatening and terminal illnesses—they knew foundation gift recipients will receive consolation and spiritual gifts along with a financial gift.

Larry believed that the We Care Foundation could help provide devastatingly ill patients with financial assistance to help them get to where they need to go to get the best treatment possible—as well as provide them with same kind of spiritual support that helped him and his family when he needed it most. Hear his story in his own words.

Larry’s Story: through the words of Brenda Zitek

From the day Larry was diagnosed I can truthfully say neither one of us has ever asked why? Oh, the diagnosis brought me to my knees and I’ve cried more tears than I ever thought possible and while I have waves of sadness that sometimes paralyze me, I still feel blessed and never have questioned why us?

Why not us? Families all over the world get devastating diagnosis’s every day. Why would we be any different? I would’ve preferred God waited another decade or two giving us more time but we were on our 43rd year together, we raised our daughters together and Larry saw his four grandchildren all the time. He built a successful business and sold it six weeks before his diagnosis. Before his diagnosis Larry was busy planning his next venture and playing lots of golf.

Fortunately we had good insurance, disability and long term which at an earlier time in our lives would have been a struggle to afford. As time passed we began to understand that many with terminal diagnosis’s were not so fortunate regardless of age.

When Larry was diagnosed the medical staff of doctors and nurses in Lincoln were compassionate and caring. When a diagnosis like glioblastoma stage IV is given everything begins to happen very quickly.

There was no time to to take a breath and think about the next step. The doctors in Lincoln encouraged us to get a second opinion at MD Anderson cancer center in Houston, Texas. Larry was too sick to fly to Houston commercially. He was recovering from a brain biopsy and still having 10-12 small seizures a day. A good family friend unexpectedly provided a gift of the use of a private plane that made the trip possible.

We were prepared to leave for Houston but MD Anderson had not provided an appointment confirmation for our appointment. The hospital emphatically tells you not to come until a confirmation has been received. When a friend we had made 27 years earlier while living in Austin, Texas heard of our situation she called to say she was now on the board of MD Anderson and to come down. She would do what needed to be done to insure Larry would have an appointment on arrival. Quickly after the plane lifted off for Houston. Friends and family never left our side in Lincoln or in Houston. Friends flew down with us, took care of bringing our daughters back and forth, made sure I had bus tokens for the shuttle to and from center and were there at night waiting for me with hot food.

We returned to Lincoln after two plus months in Houston. In addition to the many cards offering prayers and good wishes. Our friends brought food, took Larry to appointments or sat and prayed with us. We were very blessed and fortunate to have such support. We were extremely grateful. This story like many others did not have the happy ending we had hoped and prayed for. Larry passed away in August 2015. But that’s not the end of the story.

As the story continues it became apparent to Larry that he was blessed with not only the many friends and relatives who where involved with his situation but that he had excellent health insurance to allow him the ability to fight the disease to the full extent possible. The realization that others were not nearly so blessed brought him to a revelation. Larry was hardly out of surgery when he began talking about God’s new plan for his life. That plan would be helping others in their fight against life threatening illness.

Larry began quietly talking to people about his new calling. He and his family decided to create an foundation to financially assist the terminal ill. The foundation would benefit those who didn’t have the financial circumstances to face the battle alone. Larry thought the best way to get the foundation he named “We Care” off the ground was to talk to people personally in order to educate them on his vision and to gain their support. Lincoln’s Monsignor Barr visited Larry and they talked at length on his plan for an foundation. Monsignor thought the plan worthy and brought it to the attention of the Catholic Foundation. The Foundation agreed with the concept and saw a need for the foundation. They offered to help and to use the Foundation as the base on which the foundation could operate.

Again with the help of family and friends “We Care” is today a reality. It is prepared to provide to those in need whether it be a plane to magically appear to take them to that second opinion, bus tokens for the shuttle to radiation every day or perhaps it will fly an only child to her mothers bedside. Larry was exceptionally religious. He always felt the financial help was just a part the foundation could play in assisting others. Part of the mission of “We Care” is to offer spiritual comfort. There will always be someone praying for them.

Larry never felt sorry for himself. He fought courageously and was not afraid. We talk a lot about heaven now. I always thought I’d be the one of the two of us to get go first. It seems a common goal of every family coping with a terminal diagnosis is to seek second or third opinion. This includes keeping up with and understanding research into new treatments. At the end of the day everyone wants to assure themselves that they did everything they could for their loved ones. No one wants to think “we should’ve …” whether it’s we should’ve gotten a second opinion, or we should’ve sought treatment at a larger facility. The list of potential regrets goes on and on. 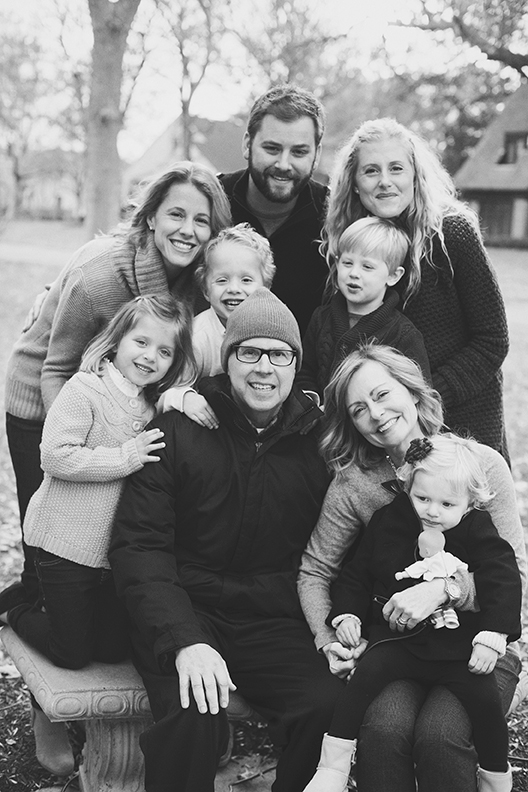